August 2
Question: Describe the room you’re in right now.
Year 2012
My bedroom. Oberlin. Blue. Calm. Warm. Cozy. Large.
Year 2013
Our cozy little bedroom/office. Tan walls and carpet. Small area with lots of things around it. One bulletin board and one poster. Need some artwork! 🙂

August 3
Question: What do you lie about?
Year 2012
My feelings at times. Just don’t want to talk about them out loud. Never have.
Year 2013
Feelings. Like what I am thinking. Don’t always want to spill the beans to anyone.

August 4
Question: When was the last time you were on an airplane?
Year 2012
I think 2004. Chicago trip with the college art club. It was fun.
Year 2013
It was 2004. Suppose to this coming weekend but it might be changed. 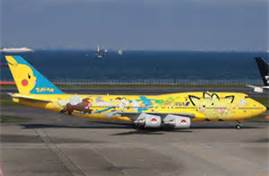 August 7
Question: What was your last great meal?
Year 2012
Eating at Cracker Barrel for the first time! Yummy.
Year 2013
Red Lobster on Mother’s Day! Love seafood! It was with the hubby, thanks to the daughter watching the two younger boys.

I am a writer and an artist, at least in my mind. :) I love to read! View All Posts